Making Democracy Work Again: What’s at Stake in the 2020 US Presidential Election?

Intense polarization, campaigns driven by millions of dollars, Russian meddling, and repeated subversions of the popular vote through the Electoral College suggest that American democracy is “broken,” with little prospect of a quick fix. The 2018 mid-term elections nonetheless saw the beginnings of a tectonic shift, rooted in the increasingly diverse populations establishing themselves in key swing states -- putting a new twist on the theme of “red, white, and blue.”

This talk addresses the nature of that demographic change and its potential impact on campaign themes, grassroots mobilization, voter turn-out and the prospects for electoral reform in conjunction with the November 2020 elections in the United States. It will probably evoke more questions than answers in considering how to restore citizens’ faith in “government of, by and for the people.”

Following the talk, you may ask Joyce Mushaben your questions online. If you prefer to do so even before the lecture, you can write us an e-mail at programm@amerikahaus.de – just include “Question for Joyce Mushaben” in the subject line. 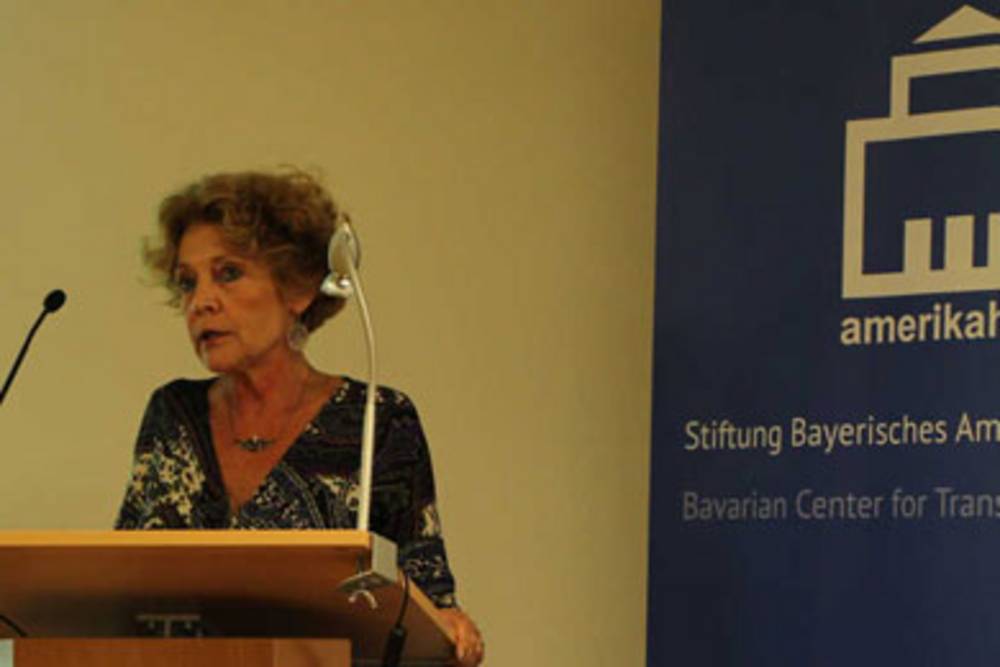