North & Central Bavaria Chapter Chair Wayne Lempke will interview the former Democratic congressman from Michigan's 1st District, Bart Stupak. Stupak represented this vast rural district as a moderate Democrat from 1993-2011 and was instrumental in forging a compromise for passage of the Affordable Care Act (ACA), often referred to as Obamacare. Stupak is the author of For All Americans: The Dramatic Story Behind the Stupak Amendment and the Historic Passage of Obamacare.

In addition to learning about Stupak's role in getting the ACA passed and other achievements of his 18 years in Congress, Lempke and Stupak will discuss the shift of this rural Michigan district, which Stupak once won by 40 points, to a district which Trump carried by 20 points. We hope to gain insight into what Democrats can do to win back these rural districts.

This event is presented in cooperation with the Democrats abroad Northern and Central Bavaria and the American Chamber of Commerce.

Use the RSVP function here, in order to register for the event. 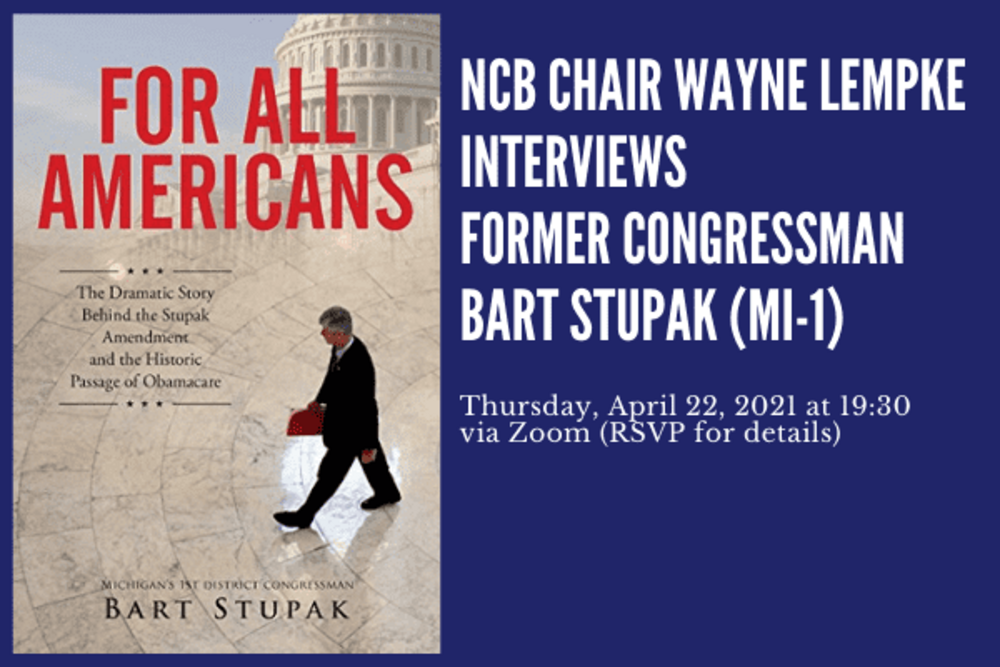